Going on 50 years ago, I first began driving highway 11 north into Ontario’s Muskoka country.  I and a group of friends were weekend campers in a park north of Severn Bridge.  Just south of our campground, a burger place had opened.  I never did stop there because it was so close to our destination and because of the sometimes difficult task of getting back onto the highway again.  Haraview Burgers it was called, and I do remember a small sign in their parking lot that said something like “Best burgers around.  Recommended by Kingsmill of the Toronto Star”. 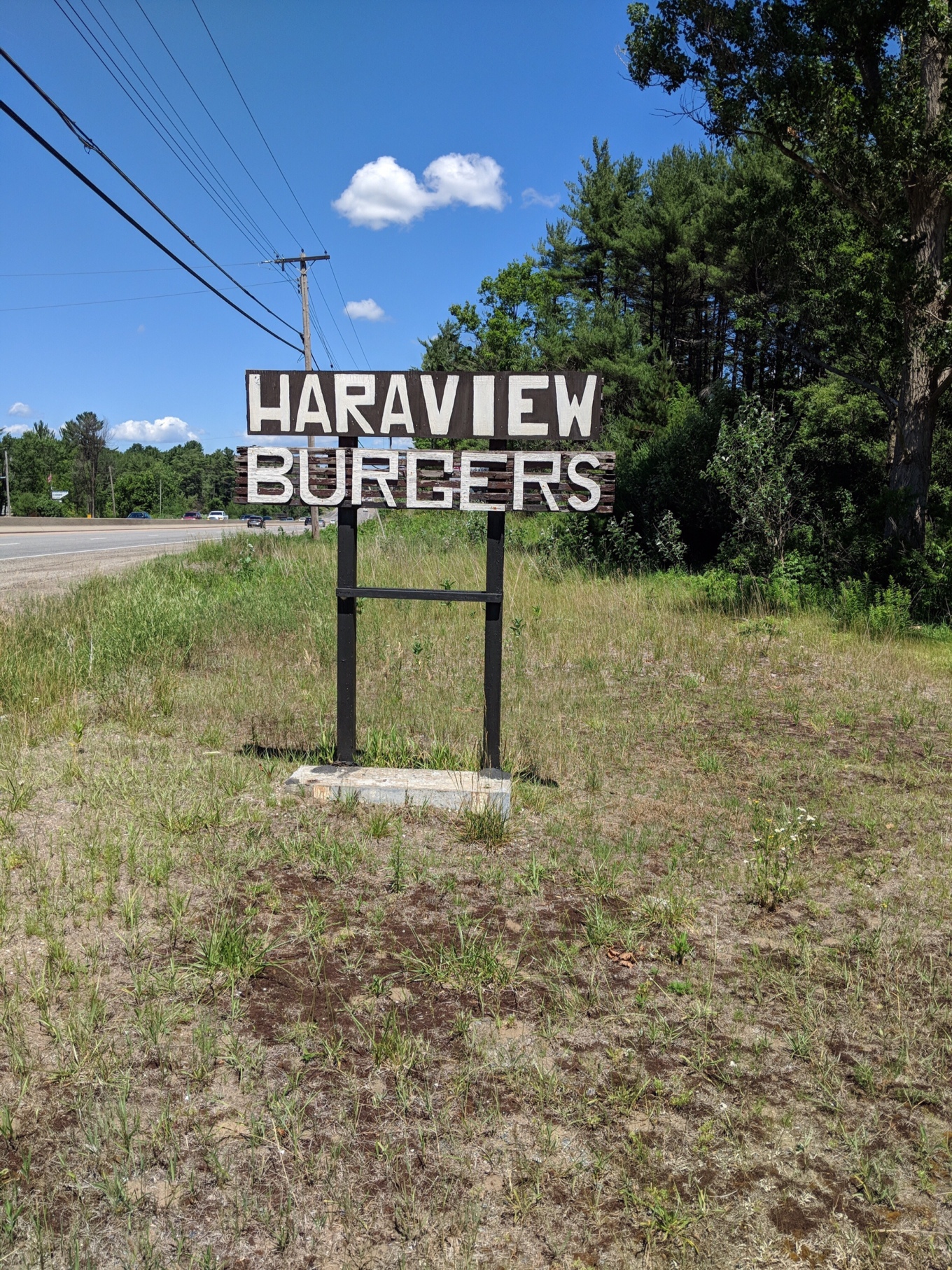 In all of those camping trips, and the subsequent 40 years of driving past it on the way to North Bay with my wife, I noticed a few things:   It seemed to have been operational for only a short time, maybe a year or two.  After that, there was a CLOSED sign on the door.  At first I thought that they were only going to open in the summer months, but that never happened. 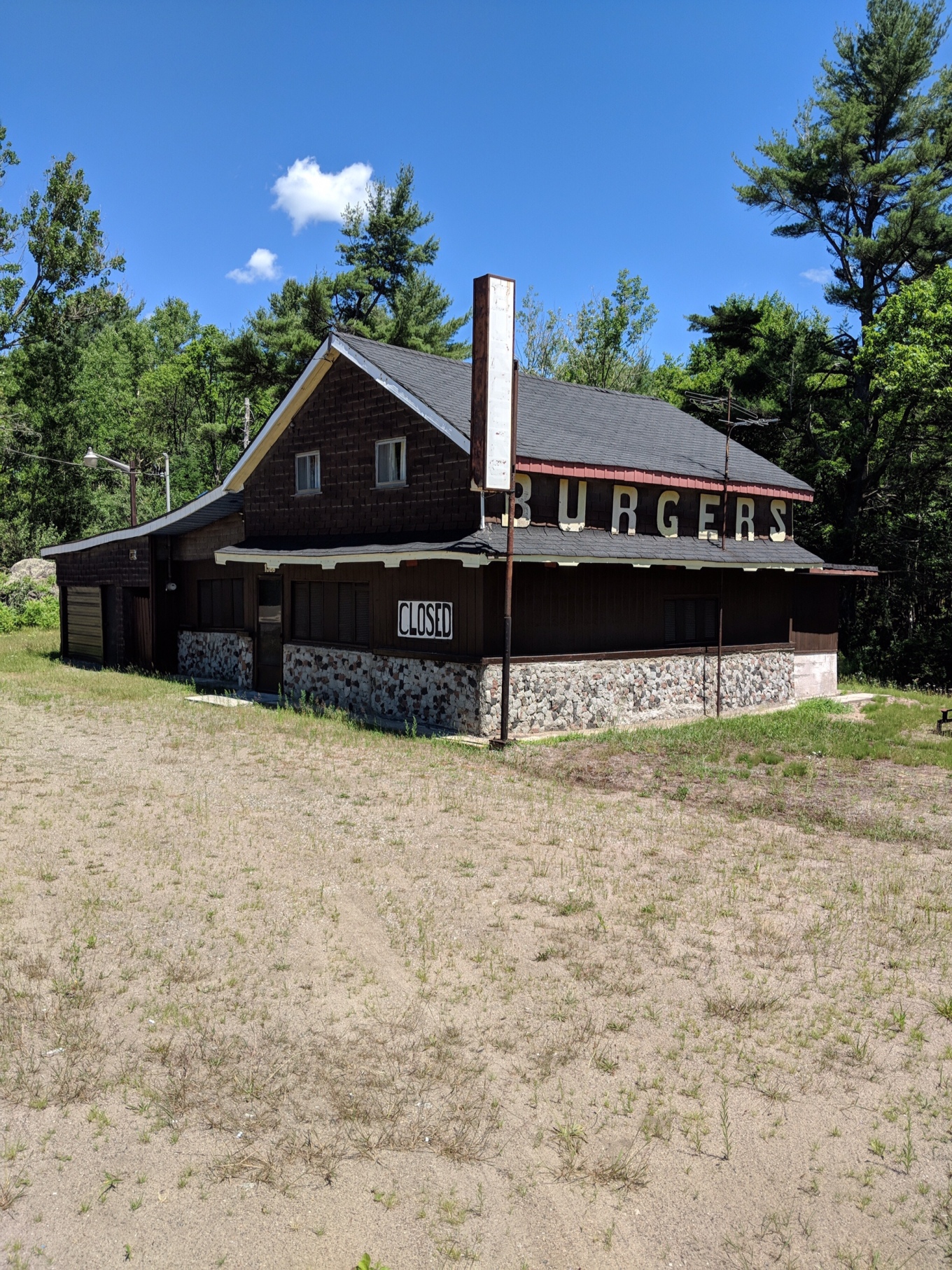 Curiously, the place seems to have been reasonably well maintained over the years.  The signs are still up, but I have seen no evidence of occupancy.  The single exception to this is a curl of smoke I saw coming from its chimney one winter day.  The photos I have presented here were taken about two weeks ago.  I actually stopped there to take a look around.  No one was about, and I did not knock on their door.  I have never been able to glean any information about the place, even from the great God of Google, or from social media.

It now has a fresh paint job, but still has the persona of a burger place.  I really do wonder how many people have actually pulled into that driveway in fifty years.  My imagination says that perhaps an old hermit lives there who gets amusement out of peering through his curtains at the disappointed tourists that come and go from his property.  Or, it could be a front for some kind of nefarious business, haha.

Next trip, I may just summon the nerve to investigate a little further.  I will keep you posted. 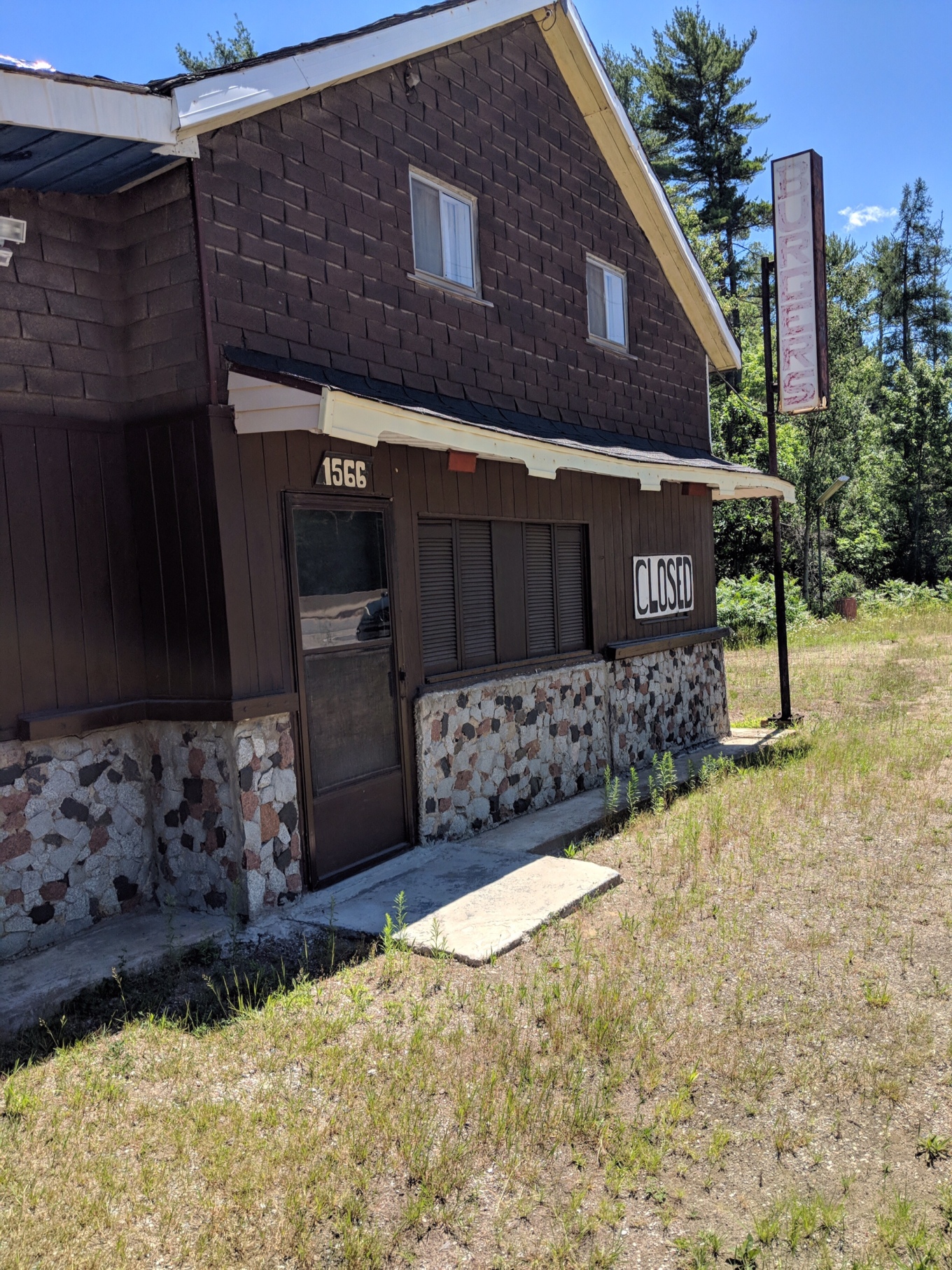 Lee Dunn has been writing since the age of 18, but found that work got in the way for the ensuing 48 years. In his home town of Toronto, Ontario, Canada, he reveled in his independence at an early age, and spent as much time as he could exploring the city’s Arts scene. He was introduced to poetry and prose by the works of two literary giants, namely J.R.R. Tolkien and J.W. Lennon and thence fell in love with the written word. His work includes poetry, short fiction, and personal essays, and ranges in theme from the surreal to the horrific, nostalgic, and themes on the human condition. He has been published on Spillwords.com, The Dark Poets Club, Journal of Undiscovered Poets, Crepe & Penn Literary magazine, and the Shelburne Free Press.