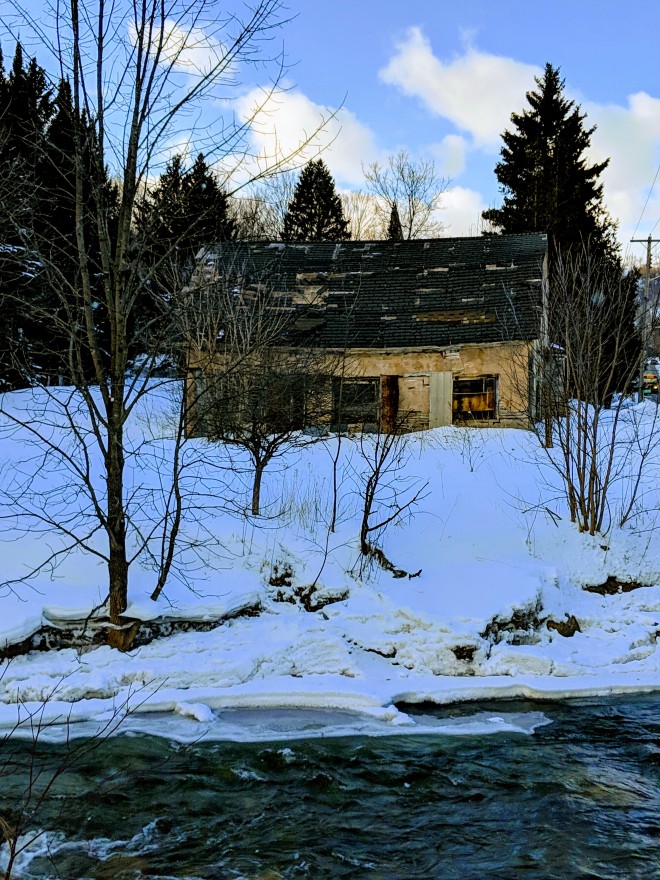 Old Maggie.
You lived here, and to this day it stands, guarded by posterity. A testament, at least, to the spring steel backbones of your times. Not a curve to its roof, or a lean to its timbers. As upright as you always were, I reckon.

I’ll be seventy next year. When I was one tenth of that, my mother took me to see you for the first time. There were no smiles or caresses, only a stern sizing-up with your raven-like gaze. At mother’s instructions, I was not to call you Granny or Grandma or names of such ilk. And certainly not Maggie. It was to be Grand Mother, and that was the end of it.
~~~~~~~~~~~~~~~~~~~~~~~~~~~~~~~~~~~~~~~~~~~~~~~~~~~
While Mum and Grand Mother spoke in quiet tones, or went out to the garden, I was left to play with the ancient piano, and was told not to touch anything else in the house. Grand Mother had one of those little yappy dogs, and when it wasn’t vocalizing, it was doing circuits of the house, seemingly trying to get me to follow. I did take a curious look around the place, avoiding the touching of anything but the floor. Lots of small dark tables with doilies on them. Pictures on the walls (all straight), of Sons in the Army and Air Force. All of perfect posture and grim aspect. Curiously, an old rag doll sat on the kitchen counter. And, in the back mudroom, some animal skins tacked to the walls, next to a rack of rifles and shotguns. Grand Mother was a widow by that time, but Grand Dad’s effects were never disturbed.

[Why was Mum afraid of you? My little boy’s instinct told me that, right away. In our short time there, she seemed to always be wanting your approval, and your stern expression never changed.]

We stayed long enough for a silent dinner, and then Grand Mother went to her bedroom and brought out an old leather change purse. I remember it being heavily bound with elastic bands. She took from it a rolled wad of paper (more elastics) and gave it to Mum. And then, it was time to go home.

When we got to Toronto, Mum solemnly gave me the first paper money I had ever had of my own. It was five dollars, on the instruction of Grand Mother. A fortune to me. The last time I saw her was three years later, at her funeral.

Upon Mum’s death, some forty years later, we had to clean out her apartment. In her old trunk, wrapped in tissue, was Raggedy Ann.