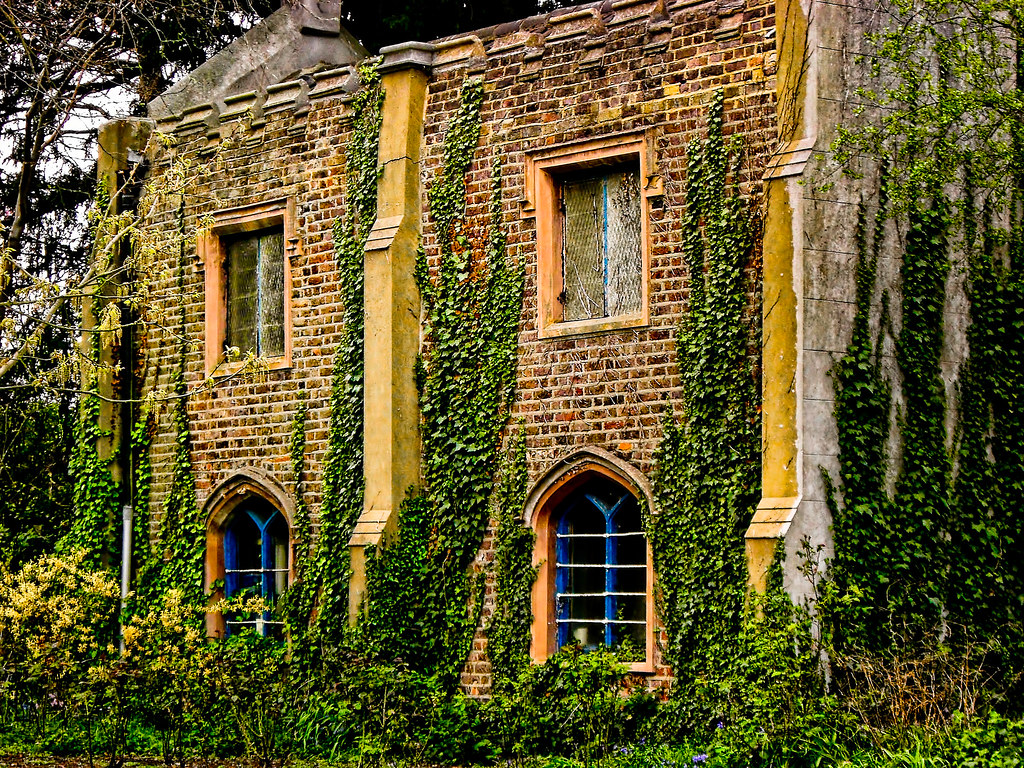 We kids always called it The Last House in Town, but really it was just outside of town limits.  With its old red brick covered in summer’s ivy, its hot tin roof for the cats, and its perimeter fence of spear-topped wrought iron, it looked suitably forbidding.  Especially at dusk on a foggy night.

Edna Bligh had lived there since birth, and was now its solitary inhabitant, as far as we knew.  She and her brother Herman had lost their parents to a vehicular accident some twenty years before.  After inheriting the house free and clear, they had stayed there, never having married.  Herman was the town’s sole solicitor, and Edna had earned her keep by her skill as a dressmaker.

In the spring of nineteen hundred and forty nine, Herman was murdered by the father of a man he had sent to jail.  Edna had seemed to be in perpetual mourning since that day.  On her rare visits to town, she could be seen riding her Schwinn bicycle.  Garbed in black, with lace-up leather boots, she wore a pillbox hat with a net veil covering her sharp features.

We were in awe of her, not only because of what had happened.  She seldom spoke, had the aspect of a dangerous bird, and seemed to rush wherever she went, as if in disdain for the whole of mankind.  The large wicker creel strapped to her back fender reminded us uncomfortably of a certain Witch we had already heard tell of.

In the first days after Herman’s death, Edna costumed herself in the endless black of her future.  For his burial, she paced slowly down the line of mourners to his graveside, cloaked in charcoal, even to the velvet mask that covered her eyes.  Evoked were the bats of Dracula, and a wedding to the dead.

Edna was not seen for ninety days from that stilted graveside walk.  In that time, the fall of the year burned down to winter’s ash.  At the Last House, men and machinery could be seen.  Men with hoods who did not speak to any outside of that boundary.

We curious kids, with borrowed binoculars and too-big sweaters, skulked behind the poor brick partition of my front walk, making a nervous party out of the Watching.