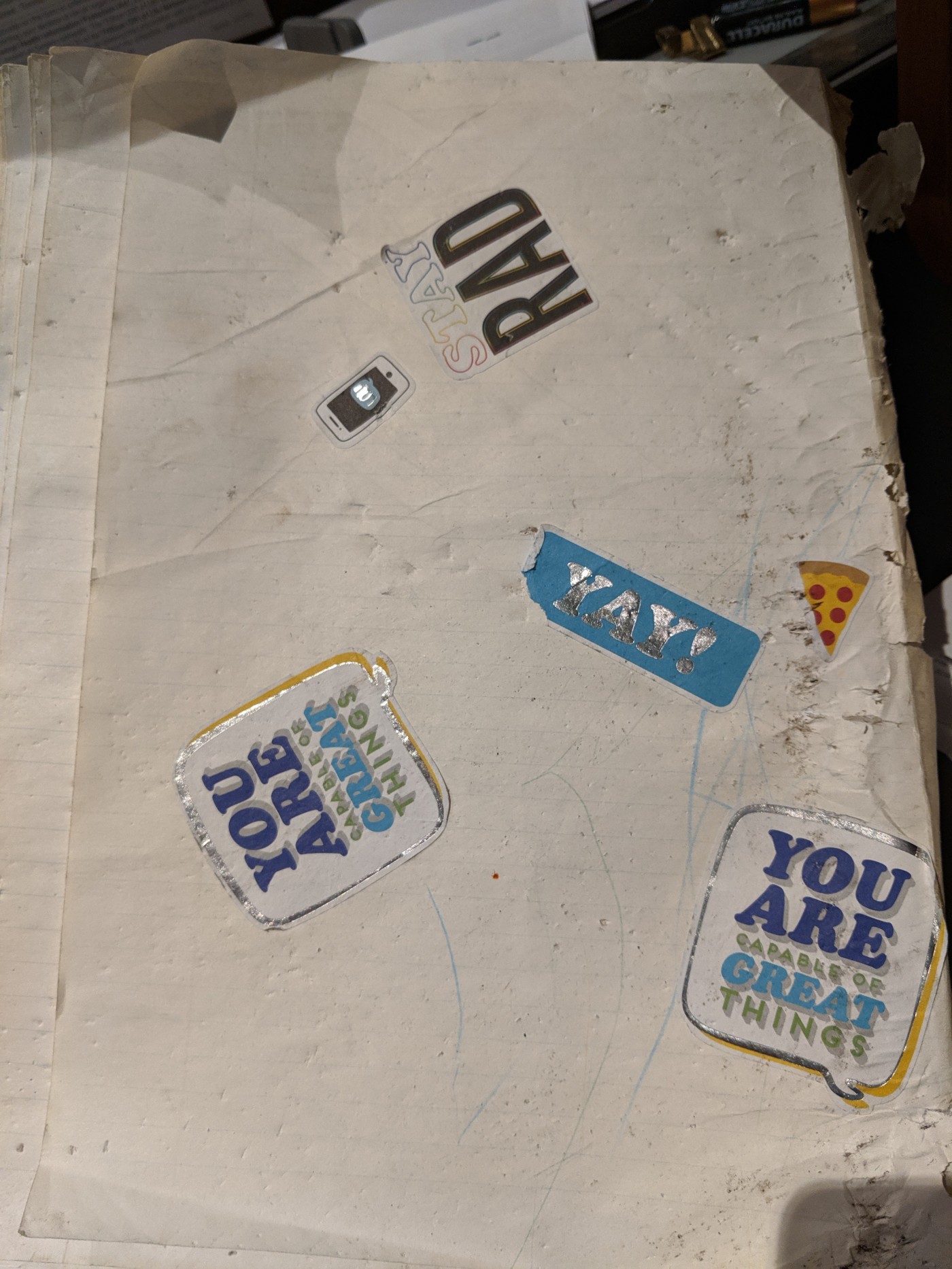 A man walks to his usual crossroads, all right turns until he completes the simple square that brings him home.  Tonight, he goes out late because of the hot sun, something to avoid with these new meds.  As a trade off for the cool and pleasant breeze, someone has provided intermittent clouds of mosquitos.  No matter.  Without even breaking stride, he plucks up some hobbit courage and decides to take the long way home.  All left turns. She’s sleeping anyway, won’t even notice.  And besides, I have my phone and it’s still daylight.  Hey Google, play The Beatles.

He wants to hear what’s going on around him as well, so he slips the phone into his back pocket and goes without the earbuds.  The first thing that Spotify thinks of is “Yesterday”.
He knows that this route is exactly three times longer than the old one, and feels for a second that he has jumped in with both feet.  There’s a moment of doubt.  He stops and considers turning around, but stubborn pride spurs him on.  After all, you’ll be 70 next year.  Just easy…take it easy, you’ll get there.  The numb knee still works, and it’s still numb, so that’s a bonus.

Ever since, as a kid, he had found the green edge of a twenty waving at him from the melting snow of spring, he had kept his nose to the ground whenever he could.  No such luck tonight, of course.  Just the expected litter of a sad society.  His mind wandered stupidly, trying to picture what might be going on in people’s heads as they chucked things from car windows, smashed beer bottles in the ditch, crushed pop cans in a ritual showing of strength.  What if, what if all of this could be gathered somehow, from every street in the neighbourhood?  He would direct, yes he would, with his creative talent, a crew of say a hundred willing workers.  He would design, and they would construct it, a massive sculpture of a muscular man, kneeling on one knee, shouldering the great sphere of Earth.  All integrated, and all made of collected detritus.  A name?
“Atlas, the Collossus of Roads”…..Well.  Poof.  That daydream had occupied his mind for a good kilometer.  Now it was back to the slow scanning of sidewalk cracks.

And there, at the entrance to the church parking lot, a dirty spiral-bound notebook.  It looked as if it had been run over one time too many.  The metal binding was crushed, and the lined pages were splayed out like a bridge hand.  What a find, he thought, as he picked it up and brushed the mud off it.  Several of the drivers who were waiting at the stoplight got an eyeful, and one smiled and shook his head.  Must have thought look at the old bum picking up whatever he comes across.  The first page had stickers on it, saying such things as “Stay Rad!”  and “You are capable of great things!”

Most other pages were blank.  One appeared to be notes taken during a class on the abuse of pharmaceuticals.  Their effects.  Their routes of entry into the body.  Memorize this.  There will be a test.

On the dark blue cover of the book, someone had written in fine black marker, barely visible, the names of drugs that were commonly sold on the street:  Oxycodone, tranquilizers, amphetamines.  Underneath that, in the same handwriting:  “Hey Dylan!  These are really cool.  I can get you some.”  Spotify said TURN OFF YOUR MIND.  RELAX, AND FLOAT DOWNSTREAM.  IT IS NOT DYING.  IT IS NOT DYING.

One last page, in pencil, bore the legend “I am sure, Ace, it is best for Wags to stay home” 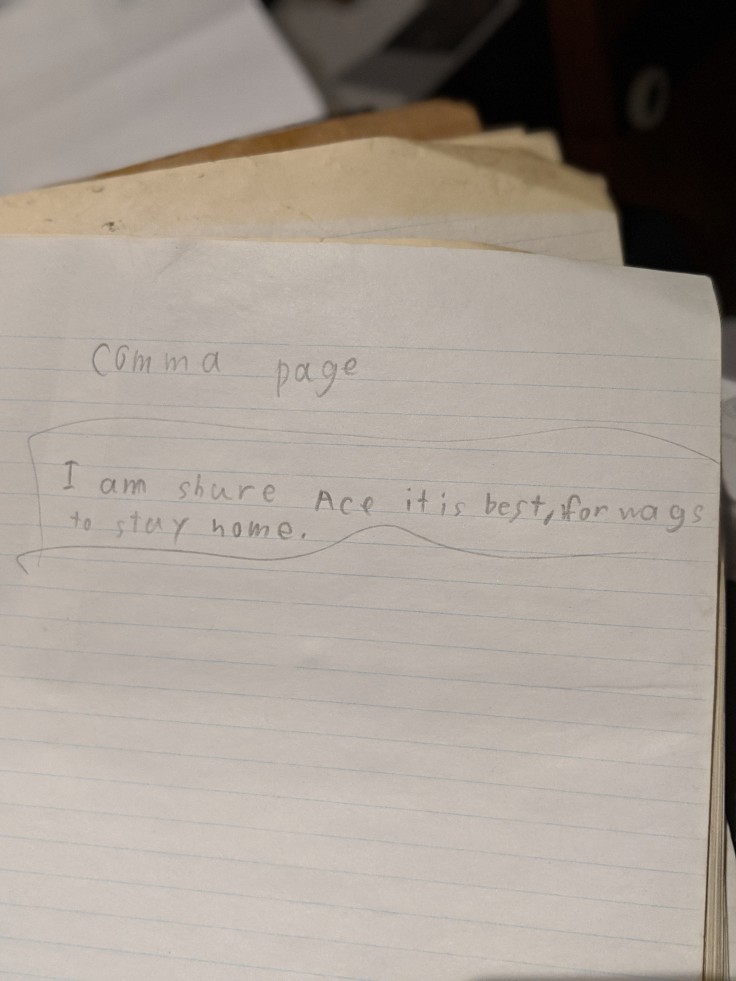 Our man could see the stoplight of his destination, far off now, and uphill.  His pace slowed.  It was still pretty warm, and he took off his hat.  Damn the mosquitos.  Now, as three teenage girls approached him, the strains of A Hard Day’s Night were playing.  They giggled, as teenage girls are prone to do, whispering asides to one another, hands covering painted lips.  Just when the man thought they were having their sport at his expense, one of the girls did a fist pump and sang along with Lennon as he keened
“You know, I feel alright!”

Home.  Finally.  And none the worse for wear.  He would sleep well tonight.  In one hand was the notebook, and the other held a poor man’s bouquet of what he thought were wildflowers, but could have been partly weeds.

“Well, get that stuff outa here.  It’s probably got bugs!”